On these pages we have gathered together some website references that you may find useful for researching family history in:

This page is continually under development.  It's not intended to be an exhaustive list, as there are so many family history research possibilities to explore on the internet.  However we welcome your suggestions for additions, particularly in the "Resources in the Hutt Valley area" section.  To make a suggestion, email us at: huttvalley@genealogy.org.nz.

Resources in the Hutt Valley Area 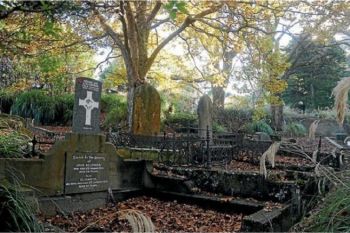 The Ministry for Culture and Heritage as agent for the Commonwealth War Graves Commission (CWGC), looks after four WWI and 20 WWII True War Graves in Taita Cemetery.
To be recognised as a True War Grave, the person whose remains lie there would have died in active service between

The New Zealand Genealogist April 2015 printed a relevant article.  It has been scanned and is available here as a PDF: An introduction to researching in Continental Europe.

The Research Wiki at FamilySearch.org is an excelent place to start.

The (disbanded 2019) European Interest Group of NZSG produced handouts for several continental countries.  These can be downloaded.  Each includes a useful map.